MY TRIBUTE TO GEORGE A ROMERO 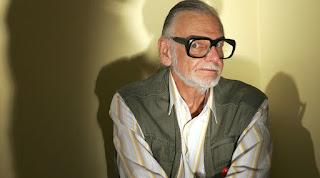 The Horror Community recently lost a family member in the shape of George A Romero "The Godfather of Zombie Cinema".  I was still in high school when I discovered George Romero's zombie films, there used to be a hardware store in the town where I live and at the main checkout area there was a bargin basket that sold horror movies on vhs, I purchased both Dawn of the Dead & Day of the Dead on VHS and those where the 1st movies that exposed me to George Romero, I also discovered other movies of his through reading both The Darkside Magazine and Fangoria.

Thank you George Romero for making such AWESOME movies, you will be sorely missed by all, you were & are a true pioneer and you have inspired and influenced MANY filmmakers ( both established and aspiring ones) myself included,

Thank you from the bottom of my heart, we love you and we will miss you ALWAYS! #RIPGeorgeRomero

Save us some brains! 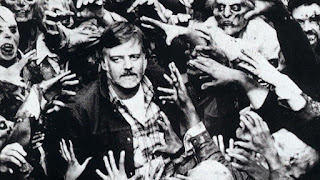 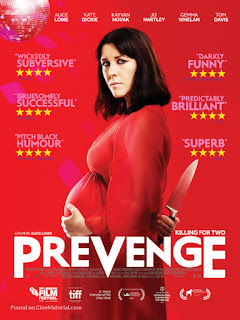 Prevenge follows Ruth, a pregnant woman on a killing spree. The child speaks to Ruth from the womb, coaching her to lure and ultimately kill her unsuspecting victims.
Struggling with her conscience, loneliness, and a strange strain of prepartum madness, Ruth must ultimately choose between redemption and destruction at the moment of motherhood.

Prevenge stars Alice Lowe (Sightseers, Locke,Hot Fuzz) who also wrote and directed the film all the while dealing with her own real-life pregnancy.

I really enjoyed watching  Prevenge and I highly recommend it to everyone reading this review, it is available on DVD and Blu ray now.


Posted by Screamqueenarmy at 13:40 3 comments: 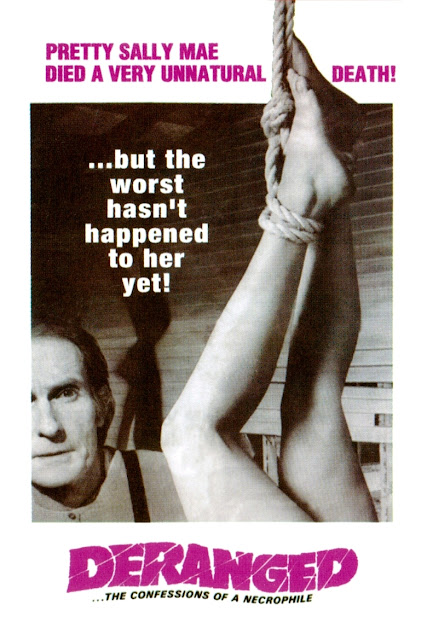 Real-life Wisconsin killer Ed Gein inspired many distinguished films, including: Psycho,The Silence of the Lambs and The Texas Chainsaw Massacre, but none quite as disturbing as Deranged.

Rural eccentric Ezra Cobb, whose mother's death unhinges him to the point where he not only lovingly preserves her corpse in the living room but also goes out to find 'friends' to keep her company - not all of whom are dead when he finds them! Perversely, Ezra's more worried about what mother would say about his various activities than he is about the prospect of being found out. Indeed, like Gein, he's cheerfully open about his activities when visiting friends, but no-one believes him.

I Really like this movie and I recommend it to all. 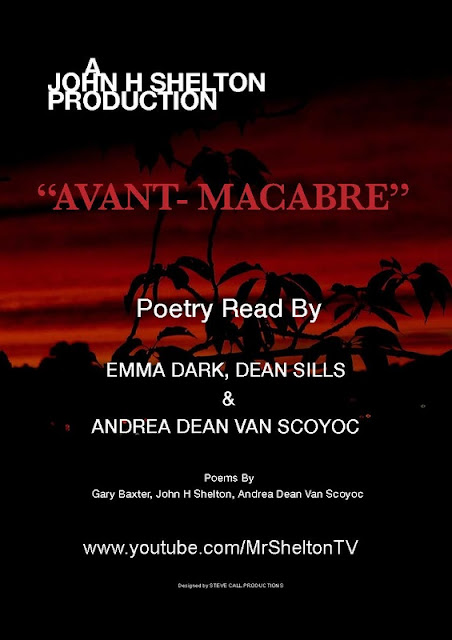 A terrifying night for one victim as a dark figure roams his property while he sleeps.

Avant-Macabre is a short Horror film Written, Directed, Produced and Edited by John H. Shelton (John also appears in the film as "The Figure")

I really enjoyed the Horror Short, it was really creepy ( as were The music & poetry)

I urge you to seek out and watch Avant-Macabre asap!

You can check out Avant-Macabre below


Posted by Screamqueenarmy at 14:34 3 comments: 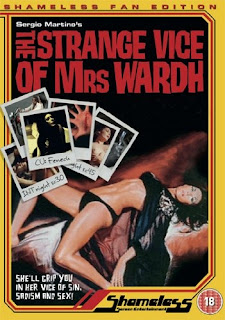 Sexy worldly Mrs. Wardh (Played by Edwige Fenech) endures a stifling marriage in the hope of repressing her perverse past - a sadomasochistic relationship with the degenerate Jean ( played by Ivan Rassimov).

Disillusioned with her unloved existence, she embarks upon a torrid affair with suave playboy George (Played by George Hilton).  But Happiness may prove short-lived: as Jean reappears, a brutal razor-slasher begins bloodily dispatching the nubile nymphets of Vienna

Fearing that she may next face the killers blade, tormented and deceived, she spirals into an uncontrollable emotional maelstrom where her deviant desires reawaken in a welter of sex, sadism and slaughter.

I enjoyed the film very much and I highly recommend it to any Giallo fans who haven't seen it.

Posted by Screamqueenarmy at 05:35 No comments: 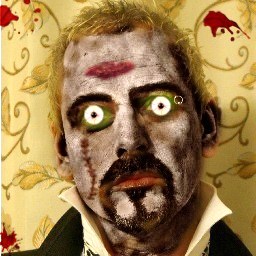 It is with great sadness that I announce the sudden passing of a great guy Richard Gladman (aka Cyberschizoid) founder of The Classic Horror Campaign , editor / founder of Space Monsters Magazine and founder/creator of Frighten Brighton amongst other cool projects.  My condolences to his family &  friends and to everyone who met him,Rest In Peace my friend, you will be sorely missed 😢